What Is Republic Day?

Why Do We Celebrate 26 January As Republic Day?

India got independence on 15 August 1947 from British rule. After that, the process of drafting the constitution of India was started. It took 2 years, 11 months and 18 days to draft the constitution and finally on 26 January 1950 the constitution of our country came into force and India became a republic. That is why we celebrate 26 January as Republic Day every year, to commemorate the historic day.

Who Will Be the Chief Guest of Republic Day 2023?

Republic Day is a national holiday in India. Various events will be organized across the country to celebrate the day. The Republic Day parade at Rajpath, New Delhi has always been the main attraction of Republic Day celebrations. Egypt’s President Abdel Fattah El-Sisi will be the chief guest of India this Republic Day 2023 (26 January).

There is no official theme declared for the Republic Day 2023 as such by the government of India. But it is claimed that the theme of this year’s celebrations will be “Janbhagidari.” Various government bodies have their own themes every year. Central Armed Police Forces (CAPF) will participate with the theme of this year being ‘Nari Shakti’ for the 2023 Republic Day Parade. The Narcotics Bureau of India will debut the parade with `Nasha Mukt Bharat` theme.

What Is the Importance of the Constitution of India

The constitution of India is the largest constitution in the world. It lays down the foundation of the political code, duties, procedures and powers of the government, fundamental rights and duties of the citizens.

Are the Citizens Really Abiding by the Constitution?

Does the celebration of the Republic Day make people aware of our constitutional rights and duties? Sadly, the answer is NO. 73 years after the first Republic Day the constitution has lost its power to those in power. Corruption is increasing day by day. Bribery has become a normal business. Rapes and murder attempts on rape victims rock the nation every other day. No wonder India ranks 85th among the ‘most corrupt’ and 9th ‘most unsafe country for women’ in the world.

Except that there is the menace of drugs, dowry and every other kind of evil that brings shame to India. Why has this degradation happened in a country like India which was once the spiritual center of the world? It has happened because people have forgotten the constitution of the Supreme God.

Does God Also Have a Constitution?

Yes, you read it right “Constitution of God”. The Almighty Supreme also has a constitution which all living beings are supposed to follow. Those individuals who deviate from His constitution invite severe punishments as one cannot afford to lie in front of the Supreme Almighty. His constitution is fairly detailed and is laid out through all our Holy Scriptures.

Importance of the Constitution of Supreme God

Republic Day 2023: Through these verses, God Kabir Sahib made clear that:

The Rules of Worship according to the Constitution of Supreme God are:

First of all, it is only Saint Rampal Ji who gives us the knowledge of the constitution of the supreme God. He Himself follows all the rules and also makes His followers abide by all the rules too. His disciples too, take His orders as the orders of God. And the results are visible for everyone to see.

While the people of the world are dealing with evils like corruption, bribery, theft, drugs, alcoholism, the disciples of Saint Rampal Ji Maharaj stay away from these evils and also request others to leave these things and come to the refuge of God.

How to Connect With Sant Rampal JI Maharaj 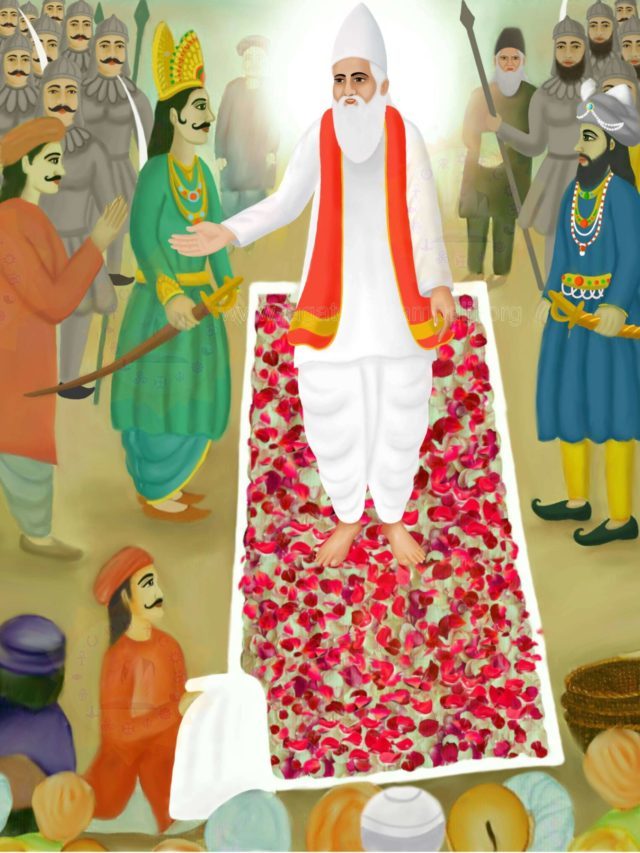 To read all the rules of the constitution of supreme God along with the proofs you can get the sacred book “Gyan Ganga” written by Saint Rampal Ji and you can also listen to His spiritual sermons at Sadhna channel at 07:30 pm (IST) or you can download ‘Sant Rampal Ji Maharaj’ app from Google play store.

1. Why is republic day celebrated?

Republic Day is commemorated every year on 26th of January to mark the undertaking of the Indian Constitution.

2. When was the first Republic Day celebrated in India?

3. Why India is called a republic?

India became a free nation on 15th of August, 1947. It declared itself a Sovereign, Democratic and Republic state with the adoption of the Constitution on January 26, 1950

4. Who wrote the Constitution of India?

5. Who wrote the preamble of India?