Nancy Pelosi Taiwan Visit: China is Furious Over Visit of US Government Official

Nancy Pelosi Taiwan Visit | Nancy Pelosi, a high level official in the US Government visited Taiwan on Tuesday (August 2nd) amidst threats from the Chinese Government. She departed from the country after completing the visit successfully to South Korea in less than 24 hours by Wednesday (August 3rd). The visit has generated tensions between US- China relations as it was against the will of China. Different countries in the world have different reactions to it. Let us know in detail.

Who is Nancy Pelosi?

Before understanding her visit to Taiwan let us know about Nancy Pelosi. She is the 52nd honourable speaker of the US House of Representatives. She is known for making history in 2007 after being elected as the first woman speaker of the house of representatives. Again in 2019 when she regained the spot and became the first person to obtain the honor in six decades. Her visit to Taiwan gained highlights because of her high level position as it is the first time in 25 years that the leader of the house of representatives in the United States is visiting Taiwan amidst China warnings.

Why has Pelosi visited Taiwan?

Nancy Pelosi, a high level person in the US government has always extended support for those nations who are fighting to have democracy and they think Taiwan is one of them. She visited self ruled island Taiwan giving shock to US China relations for showing their support for the island. And she demonstrated the same through her tweets too in which she is seen clearly supporting Taiwan.

Over the years Pelosi has also criticised China many times over their human rights violation. As China considers Taiwan as part of their land, hence her visit was a message that the US stands in support of Taiwan’s vibrant democracy. She said in her speech in Taiwan that “the world faces a choice between autocracy and democracy.” Pelosi has also led a delegation to the capital city of Ukraine Kyiv in the spring.

Why is China reacting to Pelosi’s visit to Taiwan?

China has been more than proactive in stalking her visit to the self ruled island of Taiwan. We can understand many reasons why China would react to this visit of Nancy Pelosi. Let us know further:

How has China responded to Pelosi’s visit?

Threatening military drills around Taiwan: China has performed various live fire military drills from Thursday to Sunday in zones around Taiwan. Out of which some of the area falls in the water territorial area of the island. They tried to disrupt airplane traffic and cause problems in shipping areas. On the day of Pelosi’s visit to Taipei, 21 Chinese Fighter Jets entered Taiwan’s air defence zone as per Taiwan’s Ministry of Defence. These fighter jets include ten J-16 fighter jets, eight J-11 fighter jets, one KJ-500 airborne early warning and control aircraft, one Y-9 electronic warfare plane and one Y-8 transport aircraft.

Bans on Imports and Exports of selected items: Taiwan being largest China’s partner, let us know about the details of imposition laid down by Chinese Government on imports and exports:

Threat to Cybersecurity: The Presidential Office of Taiwan faced a 20 minute barrage in their system in the evening which is not usual and about 200 times worse. Foreign Minister and Defence Ministry of Taiwan have also faced challenges in managing their website as it was suffering from periodic disruptions.

Suspected Drones were spotted in Taiwan: As per Taiwan’s Defence an unidentified drone was seen in Taiwan on Thursday (August 4) morning and has flown over Kinmen island and they have fired flares to get that away.

Reactions from Chinese Foreign Ministry: The Chinese Government was offended by Pelosi’s visit and Foreign Minister Wang Yi said those who offend Beijing will be punished. “This is a complete farce. The United States is violating China’s sovereignty under the guise of so-called ‘democracy’…”

Security Arrangements from US for Pelosi

The United States cares for their officials and that’s the reason why they give such a high protection for a risky visit like this. The country has confirmed the presence of its fighter jets to the nearby locations before her visit.

Few hours later after Pelosi’s departure from Taiwan’s Airport, 27 warplanes fighter jets entered Taiwan’s Air Defence Zone. The act was in response to the visit of Nancy Pelosi to Taiwan. China’s aim was to disrupt the meeting and make Taiwan and the US afraid about the aftermath of this visit to Taiwan.

Reactions from US and Taiwan

Reactions from Taiwan: Taiwan stands with the United States. “US-Taiwan friendship forever” was the message showing up on the Taipei skyscraper at the airport to welcome Pelosi. Taiwan Foreign Minister Joseph Wu received Nancy Pelosi at the airport.

“We will do whatever it takes to strengthen Taiwan’s sovereignty.” Taiwan’s President Tsai Ing-wen said in a statement when he met with Pelosi at his Presidential palace.

Reactions from the United States:  On the other hand, the United States has been supporting Taiwan. “America has made a bedrock promise to always stand with Taiwan. On this strong foundation, we’ve a thriving partnership grounded in self-government & self-determination focused on mutual security in the region & world committed to economic prosperity,” Pelosi said.

Reactions from Around the Globe

Amidst the scenarios of generating war-like circumstances in between the US, China and Taiwan we should not forget the fact that a war cannot give us peace at any point. It will generate more chaos between nations and will eventually put the entire globe into a state that will take the world back to 100 years from now. There are always peaceful measures to solve any issue. And with such honourable and respectable people sitting on the top chairs we expect the same from them.

While one should also read the book ‘Way of Living‘ written by Saint Rampal Ji Maharaj from Haryana, India to know the right way to lead his life. Because in the absence of true guidance one cannot attain physical and mental peace. He is the only Saint who is giving the right way of worship to attain salvation in the entire globe. He has been constantly putting in efforts to bring peace amongst people by elaborating His true spiritual knowledge as given by Supreme God Kabir. Listen to His discourses on His youtube channel Sant Rampal Ji Maharaj to know more.

Question: What is the population of Taiwan?

Question: What is the total area of Taiwan?

Answer: The self ruled island of Taiwan is elaborated in the area of 36197 Sq. Km.

Question: What is the name of Taiwan’s President?

Question: What is the most spoken language in Taiwan? 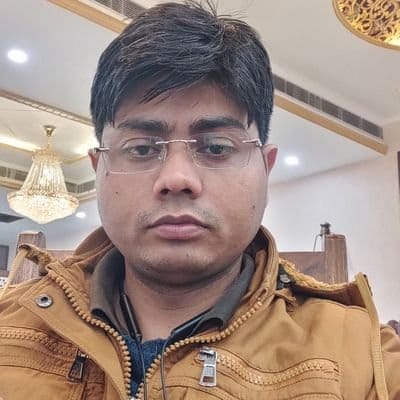