Hindi Diwas 2022: Know Everything About Our Official Language Hindi

Last Updated on 14 September 2022, 2:10 PM IST | Hindi Diwas 2022: Hindi is one of the primary languages ​​of the planet. Hence, World Hindi Day is observed every year on January 10th, whereas Hindi Day is observed every year on September 14th in India.  September 14 is a day when even people who do not speak Hindi remember Hindi. This day is celebrated only to stop the growing trend of the English language and to stop ignoring Hindi in the country. Mahatma Gandhi had called Hindi the language of the people and asked to make it the national language of the country. Apart from this, many litterateurs also made tireless efforts regarding this, but it did not get the status of the national language. Although it was considered the official language of India.

When Did the Celebration of Hindi Diwas Begin?

The Constituent Assembly declared Hindi, written in Devanagari script, to be India’s official language on September 14, 1949. Later, the country’s first Prime Minister Pandit Jawaharlal Nehru, seeing the importance of this historic day, decided to celebrate 14 September every year as Hindi Diwas. Although officially the first Hindi Day was celebrated on 14 September 1953.

Several artists, writers, and activists advocated for the adoption of Hindi as the national language. Maithali Sharan Gupt, Beohar Rajendra Simha, Hazari Prasad Dwivedi, Kaka Kalelkar, and Seth Govind Das are only a few of them. Furthermore, on Beohar Rajendra Simha’s birthday, 14 September, Hindi was declared as the official language of the Union.

The purpose of celebrating Hindi Diwas is to make people aware that unless they use Hindi fully, the Hindi language cannot develop. That is why it is advised to use Hindi in place of English in all government offices to promote Hindi on 14th September.

Info About the 1963 Official Languages Act on Hindi Diwas 2022

People in South India felt that, with the introduction of Hindi, they would be at a disadvantage in various sectors compared to North Indians. Amid the anti-Hindi agitation, the Official Languages ​​Act was passed in 1963, which overturned the decision to exclude English as an official language from 1965 onwards. However, those opposed to Hindi were not completely satisfied with this and felt that some ambiguities in the law might again go against Pandit Jawaharlal Nehru or after him.

Presently, despite being a South Indian or non-Hindi speaking Hindi, some youths living in south India will not believe that Hindi is not their mother tongue. These youth not only speak Hindi. But they also have a good hold on the language. The special thing is that despite less of a trend of speaking Hindi from workplace to friends and family, these youth speak Hindi.

The Big Change Came After the Change of Power in 2014

With power and time, many things change. In 2014, when the BJP-led NDA government led by Prime Minister Narendra Modi was formed at the Center, the Hindi language started getting preference from politics to governance and foreign policy. Most of the dialogues and tweets by the Prime Minister and Union Ministers are also being done in Hindi. The Prime Minister has also been promoting Hindi in global forums.

Moreover, the Hindi language has been given priority in the new National Education Policy as well. Engineering and medical education courses are also being started in the Hindi language along with providing education to children till adolescence in their mother tongue.

The Messiah Will Reunite the Entire World

According to the prophecies of the great foretellers like Nostradamus, Florence, Professor Harare, Dr. Zulvoron, Chiero, Boriska, Vegiletin, Jaigurudev, Ravidas, Surdas, Ramdev Peer, and others, a Messiah will come in the rise of the 21st century and will reunite the whole world. Under the leadership of that Messiah, a spiritual organization will grow all around the world and there will be one religion, one world, and one knowledge.

After the rise of the Last Prophet also known as the Messiah, there will be One Language and One True Knowledge all around the world. That Chyren or Great Saint will be from a small village in India. That Great Man has already incarnated in a small village of Haryana state, India. Tatvdarshi Saint will reunite the entire world and will bring the Golden Era.

Ans. Hindi Diwas is celebrated on September 14 every year in India.

Q. What is the significance of National Hindi Day (Hindi Diwas) 2022?

Q. Since when is National Hindi Day (Hindi Diwas) being celebrated?

Ans. Hindi Diwas has been celebrated on September 14 since 1953 to promote the Hindi language in every region of the country. Hindi fortnight is celebrated from September 14 to September 28.

Ans. World Hindi Day is celebrated on January 10 every year.

Q. What is the difference between World Hindi Day and National Hindi Day? 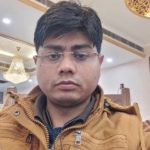